8 Historical Sites to Visit With Your Family 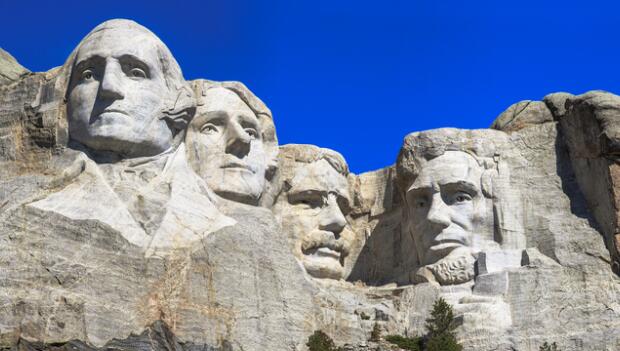 History comes alive when you stand under the Lincoln Memorial or walk the streets of Gettysburg. Turn your next road trip into an interactive history lesson for your kids at one of these eight historical sites.

Travel back to 1775 and the start of the Revolution to watch history unfold with news of the Declaration of Independence. Engage your kids in a game of RevQuest and give them a chance to save the Revolution while they work as undercover agents, receive orders, and solve clues.

Once you've had your fill, retreat to Chippokes Plantation State Park, one of the oldest working farms in the United States, for a night of camping.

Set in the dramatic landscape of the Black Hills, Mount Rushmore is not only an impressive historical site, but it's also a rewarding stop for campers and outdoor lovers. While you're there, walk the Presidential Trail and visit the Sculptor's Studio. Other nearby attractions include Crazy Horse Memorial and Wind Cave National Park.

Get ready to soak up more history than you ever thought possible. Washington, D.C., a top historical site, is brimming with monuments, memorials and museums. Don't miss the Lincoln Memorial, World War II Memorial, American History Museum or Korean War Memorial. If it's not covered by a school field trip, this is an essential vacation for the family.

When it's time for a break from all that history, head over to the Greenbelt Campground, just 12 miles from downtown.

Teach your kids about equality at the birthplace of the civil rights movement. See where Martin Luther King Jr. grew up, hear his inspirational voice at Ebenezer Baptist Church, and be sure to visit The King Center and The Peace Plaza.

The Civil War's bloodiest battle took place in Gettysburg claiming 51,000 lives. It was also a turning point in the war and the inspiration for Lincoln's Gettysburg address. Allow 4 to 6 hours to tour the park and museum.

Also check the schedule of events for ranger programs that are popular in the summer months.

When it's time for a break from all that history, head over to the Camp at Gettysburg Battlefield KOA.

The Statue of Liberty is impressive, but the real history of this area is from the twelve million immigrants who passed through Ellis Island from 1892 to 1954, bringing language, culture and customs from all over the world. Be sure to visit the Registry Room and the Stairs of Separation.

Also check the schedule of events for ranger programs that are popular in the summer months.
When it's time for a break from all that history, head over to the Stay at Camp Gateway on Staten Island.

Take a family trip to Hawaii and visit one of the United States' most significant historical sites. This stop is especially kid-friendly with four different areas to explore including the USS Bowfin submarine and the Battleship Missouri Memorial. Be sure to visit the Pacific Aviation Museum, too.

Tour the house and gardens of Thomas Jefferson's plantation. Learn about life in the early 1800s, what a typical day in the life of Jefferson was like, and discuss the true meaning of the Declaration of Independence.

Book your next camping trip