Runners: Have You Been Stretching All Wrong? 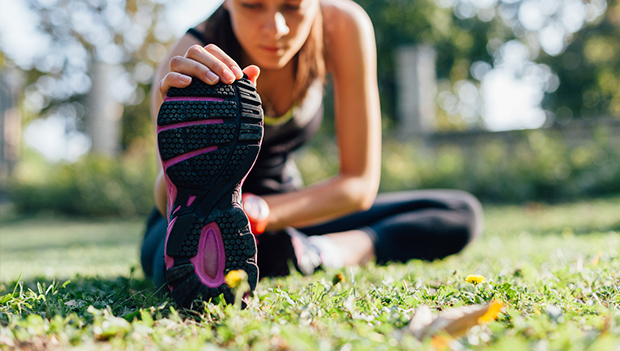 Among all the hotly debated issues in the distance running community, how and when to stretch might be one of the most contentious.

Long assumed to be beneficial for performance, injury prevention and overall athletic longevity, stretching has now been called into question, due to recent studies that raise concerns about its performance benefits entirely.

In 2004, Arthur Lydiard, the legendary New Zealand coach of multiple gold medalists and world record holders, took his last American Tour. During that tour, Lydiard shared all he knew and had experienced in his 50-year coaching career. During Lydiard’s final week on tour, and a week prior to his death, more than 300 running fanatics packed the Charlotte Running Company in North Carolina to hear the running gospel of Lydiard. Late in the evening, a young high school coach asked the 87-year-old Lydiard about his stretching routine for his athletes. His response was pure Lydiard.

“Stretching is crap and will get you hurt,” Lydiard said. “The only thing stretching does is make your muscles looser and less explosive.”

The silence in the room was deafening.

Lydiard was quick to point out to a now-quiet room that in 50 years of coaching, the athletes who stretched little or not at all were rarely injured, whereas those who stretched consistently were often hurt. As we all know, however, correlation doesn’t necessarily equal causation, but the research is becoming increasingly clear—the static stretching utilized by the baby boomers provides little performance benefit.

The Atlanta-based Centers for Disease Control and Prevention found in a March 2004 study that runners who stretched were just as likely to be injured as those who did not stretch at all—no more, no less. Another similar study looked at more than 1,000 serious male marathoners, all running more than 50 miles weekly, and found that those in this group who stretched on a regular basis—whether before or after running—actually had a 33 percent greater likelihood of injury than runners who didn’t stretch at all.