The New Rules of Marathon Nutrition: How Many Carbs? 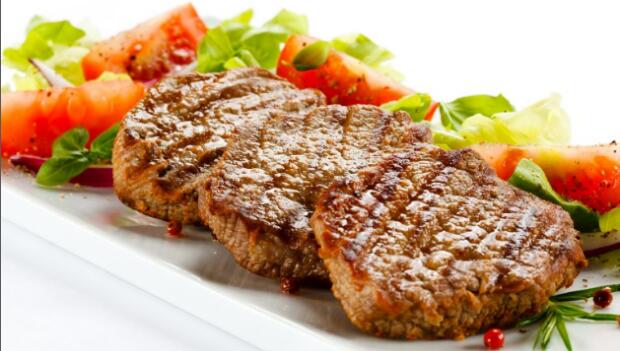 Back in the 1960s Swedish researchers discovered that a high-carbohydrate diet increased muscle glycogen stores and thereby boosted endurance running performance. The practice of pre-marathon "carbo loading" was born out of this research. Subsequent studies revealed that a high-carbohydrate diet also increased runners' capacity to absorb heavy training loads day after day. Sports nutritionists have recommended high-carb diets for runners ever since.

Well, most sports nutritionists have recommended high-carb diets for runners almost ever since. Lately, however, some experts have suggested that a low-carb diet is better. They argue that when runners maintain a low-carb diet, their muscles become better fat burners, an adaptation that spares muscle glycogen in marathons and thereby pushes back the dreaded "wall."

More: A Smarter Way to Carbo-Load

Studies have shown that low-carb diets do indeed increase fat burning during running. However, this effect has not been linked to better endurance performance except in very special circumstances, which I'll get into in Part 3 of this series of articles. Meanwhile, new research has reconfirmed that runners just aren't able to train as hard on a low-carb diet because it produces chronically low glycogen stores.

For example, a study conducted by Asker Jeukendrup and colleagues at the University of Birmingham, England, compared the effects of a 41 percent carbohydrate diet and a 65 percent carbohydrate diet during an 11-day period of intensified run training. On the low-carb diet, performance levels decreased and the runners' self-reported fatigue levels increased. On the high-carb diet, performance and energy levels were maintained.

More: The Evolving Art of Carbo-Loading

Yet in the real world many runners who have switched to low-carb diets such as the Paleo Diet report that they feel great. The problem is that inadequate carbohydrate intake may reduce your training capacity without your even noticing it. This is especially likely for runners who have been consuming too little carbohydrate all along.

Proof comes from a 2011 study from Australia's Charles Sturt University. In that study researchers had two groups of volunteers perform a challenging run workout after one group had been fed a high-carb diet and the other group had been fed a low-carb diet, where participants' muscle glycogen stores were 47 percent below full capacity. Members of the low-carb group covered 4.9 percent less distance in the workout, yet when asked to rate the difficulty of the session, they rated it as being no more difficult than the high-carb group found it. Those with less glycogen in their muscles had effectively run with a half-empty gas tank and didn't even realize it.

More: Why Are Carbs Important?