Why Runners Should be Rowers 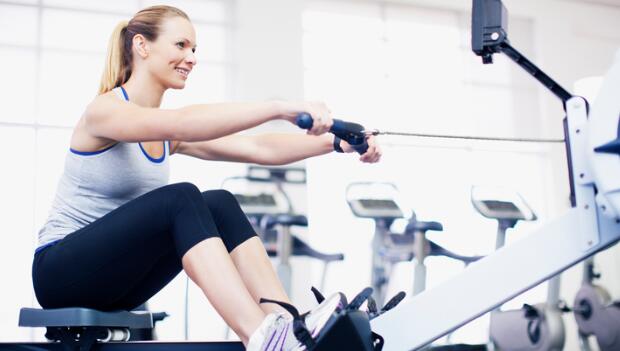 CrossFit Endurance coach and 100-mile trail run fanatic, Brian MacKenzie of Costa Mesa, California, scrawled a simple looking workout set on a whiteboard in his home gym, then spent five minutes teaching me proper rowing technique. I was in need of a workout to help me retain fitness while I rehabbed a foot injury, so he directed me to a rowing machine—commonly referred to as an ergometer or "erg." Then I endured one of the most challenging cross-training workouts of my life—for exactly 12 minutes.

"Rowing is an invaluable tool for runners," MacKenzie said. "When you learn how to do it right it lights up weaknesses you didn't know you had. It helps runners and cyclists find power in muscles they hadn't used before."

MacKenzie points out that rowing is a potent weapon in an endurance athlete's cross-training arsenal, or as a replacement for running when injuries surface. "It's no joke," he said. "It's some serious, lung-searing stuff. When an athlete is dealing with a foot or Achilles tendon problem, I've never found issues in replacing running with work on the ergometer."

Lori Gallon is evangelistic about the magic that rowing can bestow upon an injured runner. A registered nurse who moonlights as a personal trainer at R.A.W. Training in Wildwood, Pennsylvania, Gallon said that rowing salvaged her dream of running the Boston Marathon.

In 2009, at 42, she qualified for Boston, but two weeks into a 15-week training plan targeting the 2010 event, she developed a stress fracture in her fibula. Per doctors' orders, she was not allowed to run or jump for eight to 10 weeks.

"I couldn't believe I had made it that far and I didn't know if I'd get another shot to qualify for Boston," she said. "I talked to other trainers at my gym and decided to use rowing to train for the race. I had nothing to lose."

In place of key running workouts, Gallon used indoor rowing. "It's all about proper technique," she said. "If you don't do it right it's not going to work."

Gallon's doctor cleared her to run again two weeks out from Boston. "I did one five-miler and one 10-miler. Everything else I had done in the buildup had been rowing and doing CrossFit workouts." Gallon finished the marathon in 4:20:26.

While running and rowing are similar in cardiovascular benefits, they differ in the muscular workout they deliver. Erin Cafaro, a 2008 Olympic gold medalist and member of the U.S. rowing squad, said that rowing punishes the body in different ways. "In one continuous motion rowing works legs, core, back and arms," she said. "It's a full-body workout."

MacKenzie added that one of the chief benefits rowing offers runners is improved posture. "Runners typically have terrible posture, leading to bad form, leading to beating the hell out of yourself," he said. Proper rowing, MacKenzie believes, helps runners develop robust midline stability to help shift running from smaller, weaker muscles such as hip flexors to more powerful muscles in the hips.

Properly performed rowing gives a runner a solid blast of cardio work, works the abs, core and lower back, and even develops flexibility in the hamstrings and calves.

Where should you start? Don't make the mistake most runners do when they first hit the rowing machine and yank away—not only will you miss out on the primary benefits rowing has to offer, but you also might make things worse. Follow Erin Cafaro's guide (on page 3) to developing proper technique.