12 Training Tips for an Ultra-Distance Ride 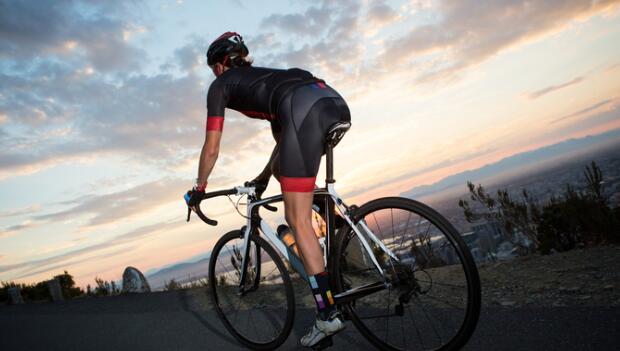 You've ridden some centuries, but how far can you ride? A 200K (124 miles)? A double century (200 miles)? That's how I got hooked into ultra-distance riding and I kept pushing my limits until I completed the Race Across America.

Here's what I've learned as a cyclist and coach about training for and riding events from 200K to 200 miles. You can also apply these tips to longer ultra-rides.

More: Video: How to Prepare for an Ultra-Distance Event

You should train up to a ride of two-thirds to three-fourths the duration of the planned event. Your speed for a double century will be slower than for 100 miles because of the cumulative fatigue. If you can ride a comparably hilly century in seven hours, then your first double century will probably take 16 hours or more. You should build up to a peak training ride of 11 to 12 hours.

Ride the longer weekend rides (7:00, 8:00, etc.) at the pace at which you expect to ride the second half of your double century. This will help you dial in your pacing.

Ride the shorter weekend rides at a brisker pace than you'll be riding the double to build your cruising speed.

Train by time rather than miles because how far you ride in X hours will depend on how hilly the course is, whether it's windy, if you are riding with a good group and other factors.

More: Preparing for a Hilly Century

Every week, include an intensity ride during the week to build power. Warm up, do a mixed intensity workout and then cool down. The mixed intensity portion should include very hard riding and easier recovery spinning. You can do structured intervals, hill repeats or just sprint with friends to different points on the ride. During the weeks with the shorter weekend rides, you can add a second intensity ride.