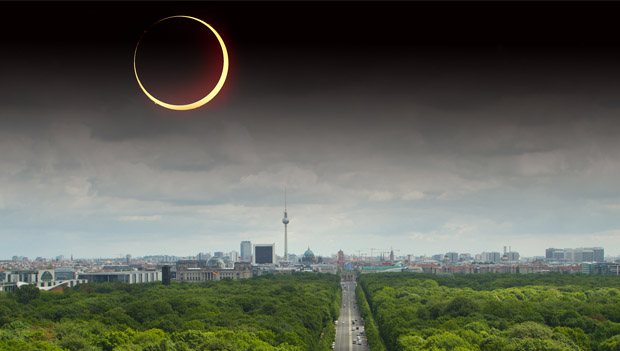 Are you ready for the solar eclipse on Aug. 21, 2017? These rare events occur when the moon passes between the Earth and sun, casting a dark shadow on the planet. Even if you aren’t an “eclipse chaser,” you may consider planning now for viewing this solar event.

While 14 solar eclipses have been visible from the U.S. in the last 100 years, none have occurred in the new millennium, which is what makes the solar eclipse in August so special. During this eclipse, the Path of Totality—a 100-mile wide viewing area where the moon completely blocks sunlight—will span several U.S. states and population centers, compared to past events that were visible only along the coast or unpopulated areas.

As the shadow travels West to East from Oregon, across the Central Plains and to South Carolina, many Americans will get the opportunity to witness this beautiful and unforgettable natural phenomenon. For that reason, the August 21, 2017 is being dubbed The Great American Eclipse.

Depending on weather visibility, everyone in the United States should be able to see this event. But if you’re looking for the very best spots for viewing along the Path of Totality, check out any of these locations for celebrating with friends and family. Be aware these places will fill up quickly, so make your reservations for hotels, flights and accommodations now.

Eclipse beings at 11:56 AM CDT
Totality begins at 1:24 PM CDT and lasts 2 minutes, 40 seconds
Hopkinsville, Kentucky is lucky enough to have the very best spot for viewing with maximum duration and eclipse. The moon will fully block the sun for more than two and half minutes beginning at 1:20 PM CDT. Nashville, Tennessee is the largest city in the eclipse path, where total eclipse will last almost a full two minutes.

Eclipse beings at 9:05 AM PDT
Totality beings at 10:17 AM PDT and lasts 1.54 minutes
We can hardly think of anything more amazing than watching the eclipse from the rocky beaches of Oregon. From being one of the first places in the United States to see the eclipse, to an ocean horizon and beach frame, Oregonians have one of the best seats in the house.