The Biggest Myths About How to Return a Serve 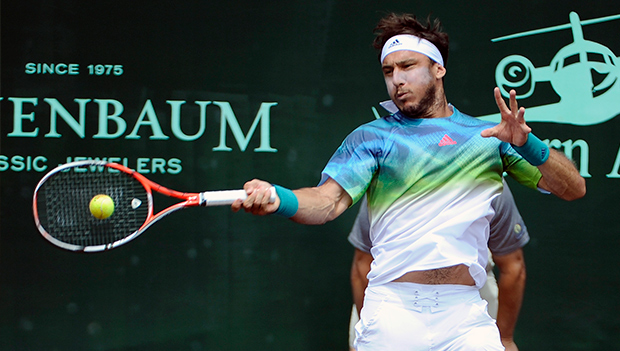 The most missed shot in the game is the return of serve. Why? Players seldom, if ever, practice this critical skill set.

Even for players who do make an effort to practice their return of serve, they may be using the wrong techniques. As with all tennis strokes, some myths exist regarding the return of serve.

"Get Your Racquet Back Early"

According to old-school methodology, players should take the racquet back early during preparation for an incoming serve. Taking the racquet back toward the back fence is actually only the first half of the process.

Once the kinetic chain begins to uncoil forward into the court, the racquet is forced back another 3 feet. When the racquet finally starts forward toward contact, it has to travel back 3 extra feet just to return to the original take-back position. That's 6 unnecessary feet added to the backswing. This results in a longer, horizontal swing path and an improper strike zone, causing a loss of depth and topspin.

"Always Step Into the Ball"

Although it's true that stepping into the ball is effective when a player is returning a weak, short second serve and is moving forward offensively, players are more often in a neutral and defensive situation on the return of serve.

Because of the prevalence of Western forehands and two-handed backhands, the primary contact point for many players is just to the side of the body. This later contact point aids in preparation time, helps disguise the player's intentions, and most important, reduces recovery time for the next shot, making it more effective for court coverage.

READ THIS NEXT: 7 Tips for Playing Tennis in the Wind