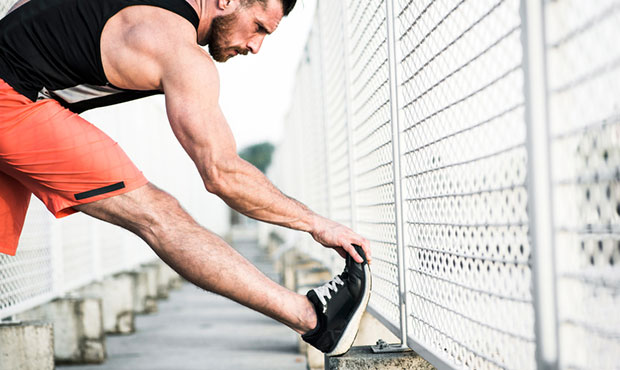 More than half of all runners deal with at least one injury per year. There's really no good reason for this phenomenon. But it's constant, mostly because runners don't train intelligently or they follow programs that are faulty in design.

Every time your foot lands on the ground, your leg absorbs two to three times your body weight. Multiply that by the number of steps you take to run five miles, and multiply that by how many times you run each week, and you can see how much stress your legs have to deal with to be a runner.

The main predictors of running injuries are:

Previous injury: If you've had an injury in the past, you're at an increased risk for another one. A previous injury makes that body part more vulnerable.

Lack of running experience: If you're a new runner, you have a greater risk for injuries because you're not yet used to the stress of running.

So, do you want to stop getting injured? Follow these seven training secrets:

To train smart, train at more effective levels of effort to get the best results. The goal of training is to obtain the greatest benefit while incurring the least amount of stress. That means you want to run as slow as you can while still meeting the purpose of the workout and obtaining the desired result. Follow a systematic and progressive training plan, with each cycle of training building on what came before to create a seamless and safe program. Better yet, consult a coach to get a training program customized for you.

2. Increase your weekly running mileage very slowly and spread it out over the whole week.

Many books and articles quote the 10 percent rule of increasing mileage, but there's nothing special about 10 percent, and you can often increase by more than that if you're smart about how you do it.

If you're a highly trained runner, you may be able to get away with adding more miles more quickly, especially if you have experience running longer distances. For example, if you've run 60 miles per week in the recent past and now you're training for your fifth marathon and building your mileage, you don't necessarily have to go from 40 to 45 to 50 to 55 to 60 miles per week over a couple of months. You may be able to make bigger jumps in mileage because your legs already have experience running 60 miles per week. However, if 60 miles per week is brand new territory for you, then you need to increase your mileage in smaller increments. If you're a new runner, an older runner or are prone to injury, run the same mileage for three to four weeks before increasing it.

Read More: The Importance of Rest for Runners