I'll Never Qualify for Boston, but Here's Why I Keep Trying 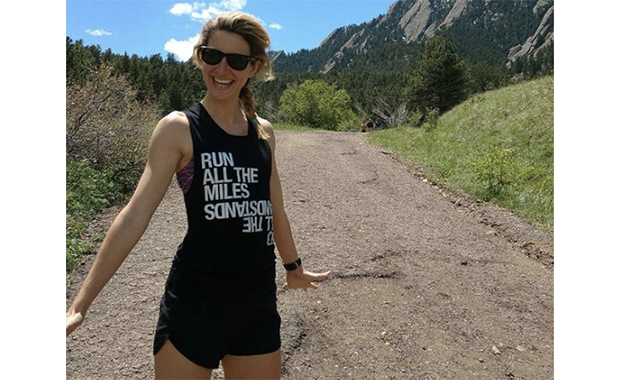 It happens every April. Marathon Monday comes rolling around, and I watch the elites line up on Boylston Street. I don't know why I feel such a strong connection to the Boston Marathon—I'm not from Boston, I've only been there twice—but the race always grabs ahold of me and reminds me of why I run and how much I love the sport.

I know a lot of runners who feel the same way I do. We're not quite racing snobs, but we're still enthusiastic about the elite field. We geek out over the stats. We chat about the women who made history on the course (looking at you, Bobbi Gibb and Kathrine Switzer!). And we can easily name the winners of the past five years. Suffice to say, this is our Super Bowl, our March Madness.

Last year, I went to Boston to cover the marathon for the first time. I was training to break 1:50 in the half marathon and was about three weeks away from my goal race. That weekend, I cheered people on at the BAA 5K and stole a spare hour to run along the Charles River. As I ran near the sparkling waters on an unseasonably warm day, passing runners warming up (including elites like Jared Ward and Meb), I realized that my obsession with the Boston Marathon might seem strange to a lot of people since there's a good chance I will never run the race myself.

More: The 7 Toughest Things About the Boston Marathon

Just how far away from a BQ am I? A woman my age needs to run about 2 minutes faster than the 3:35:00 standard. In 2016, I ran a 4:01:50. In February, I completed a marathon that I neglected to train for by running 30 seconds and then walking 30 seconds, and I finished well over 5 hours. So even if I were in my best shape, I'd have to shave more than 30 minutes off my time to even think about getting a bib. I would need to possess the ability to run at an 8:15-pace for 26.2 miles.

"But even though I've accepted my fate as an average runner, I still want to reach for that BQ goal. I cannot just be happy finishing even though I know I will continue to be disappointed."

To expect my problematic joints to put up with that kind of training, while also maintaining a full-time job, a family and a life outside of running—that's just too much. I can deal with the fact that it's just not going to happen. It's OK to be realistic. At the end of the day, the numbers on the clock at the end of 26.2 miles are meaningless, right? If you simply look around at the other people out on the course, that's the magic of running. Knowing that your two legs got you to the finish line—went farther than most people will ever go—that is the true accomplishment.

Read More: The 10 Best Races to Qualify for the Boston Marathon

I will do it safely, of course. That's where the logical side comes in, and I have to remind myself that my body doesn't like training runs over 15 miles and that my strength as a runner is in hills, trails and power 5Ks. Training for longer distances with intention helps me succeed in these other events.

But more than anything, I simply love the marathon distance. Joining forces with the herds of other runners who treat the BQ as the ultimate goal makes me part of a community that is bigger than myself. And though we may never get to that BQ time, we're having a lot of fun trying—that's what running for me is all about.