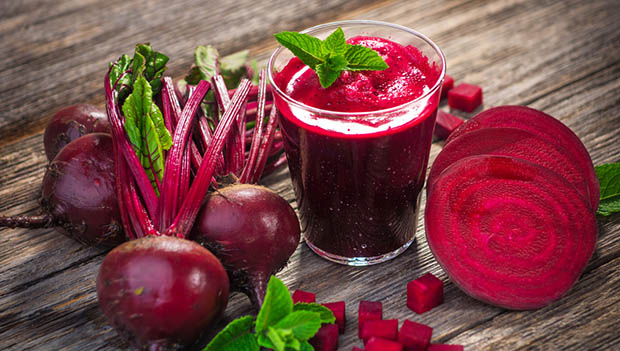 If you're an endurance athlete, you know that what you eat can affect performance. Some triathletes even consider nutrition to be the fourth sport, in addition to swimming, cycling and running. We've all heard about the importance of pre-exercise carbohydrates and post-workout protein, but there are some new nutritional powerhouses you may want to try. Here's what's making headlines this year:

These red beauties aren't exactly new, but the research behind using them to aid performance is strengthening. Beets, and especially beet juice, are rich in nitrates. When you exercise, nitrates from food are converted into nitric oxide, which is necessary for delivering oxygen to your muscles. An increase in oxygen can lengthen the time it takes to reach exhaustion, leading to improved endurance and an uptick in running speed.

A small study recently showed that when participants ate 200g of roasted beets (a bit less than half a pound), they gained a three-percent increase in running speed over the course of a 5K. In other words, if you usually run an eight-minute per-mile pace, that three percent translates to 41 seconds of time savings over 3.1 miles.

Often referred to as Indian Ginseng, this herb has been purported to help alleviate stress, insomnia and arthritis pain. And some studies suggest that it can have a positive effect on endurance and aerobic capacity (V02 max).

Based on your preference, you can take the herb in capsule form or add a powder to smoothies, oatmeal or hot beverages.

Short for cannabidiol oil, CBD is the health world's newest darling. The compound, one of many found in cannabis, won't get you high, but it may boost the body's endocannabinoid system, which is present in every part of the body from the digestive system to the brain.

According to PurePower Botanicals, one of the top CBD vendors for athletes, a number of things can affect the body's endocannabinoid system, including stress, poor diet and environmental toxins. CBD, which contains nutrients called phytocompounds, works by influencing the receptors in the endocannabinoid system. But unlike marijuana, CBD is legal because it's made from industrial hemp with a THC (tetrahydrocannabinol) level of less than 0.3 percent. (THC is what produces a high.)

Fans of CBD say it can lead to better sleep, less anxiety, lower levels of inflammation and fewer aches and pains. And many health-conscious runners prefer taking CBD to traditional anti-inflammatory treatments like ibuprofen. Popular ways of consuming CBD include capsules, oral tinctures, topical creams, protein powders and even lollipops.

This root is a staple in Indian cuisine (it's the main ingredient in curry!) and has an earthy, slightly spicy flavor. Its main compound is curcumin, an antioxidant that has been shown to reduce inflammation.

If you're ready to give it a try, consider taking capsules or turmeric shots. If used in cooking, combine with black pepper to increase its bioavailability. Looking for a recipe? Golden milk turmeric tea is getting a lot of buzz these days.

READ THIS NEXT: The Best New Nutrition Products