What to Expect for the Triathlon Events in Tokyo 2020 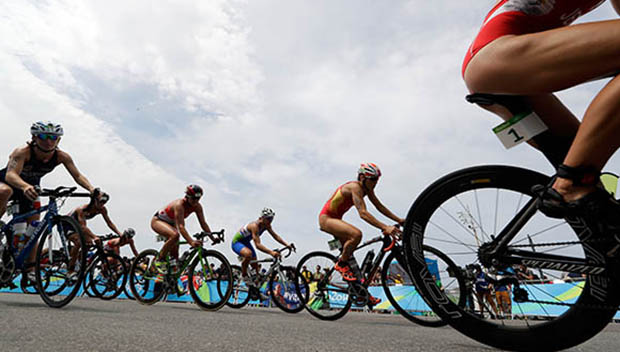 While 2020 may seem like forever from now, the Tokyo 2020 Olympic Games will be here before we know it. Start lists haven't been finalized at the time of publishing (athletes are still qualifying), but there's plenty of swim-bike-run action to speculate about and look forward to.

Most of the triathlon action will be centered around the high-rise buildings and white sandy beaches of Odaiba Marine Park in Tokyo Bay. Tokyo last hosted the Summer Olympics back in 1964, and the country is currently updating many of the original venues and stadiums featured over 50 years ago. The Tokyo 2020 Event Programme has also placed a strong emphasis on gender equality, and these upcoming summer Games will be the most gender-balanced in history.

From a new triathlon race format, to an exciting Olympic and Paralympic triathlon course, here's what to expect for the triathlon events in Tokyo 2020.

It's a standard Olympic-distance format, with both the men and the women competitors completing a 1.5-kilometer swim, a 40-kilometer bike ride and a 10-kilometer run.

We've been waiting for a mixed relay at the Olympics, and 2020 will include this action-packed format for the first time (more on this below!). Included as one of several Olympic debuts, the mixed relay will start on Saturday, Aug. 30 (8:30 to 10:30 a.m. JST). This groundbreaking 24 hours has been dubbed "Super Saturday," and we couldn't agree more.

The 2020 Games will feature medal events for four classes for both men and women: PTS4 (men), PTWC (men/women), PTS2 (women), PTS4 (men), PTS5 (men/women) and PTVI (men/women). The paratriathlon events follow a sprint format, and consist of a 750-meter swim, a 20-kilometer bike and a five-kilometer run at Odaiba Marine Park (like the Olympic-distance format).

As mentioned above, the ITU mixed relay format will make its debut at the Olympics in 2020—providing another opportunity for the world's best triathletes to win an Olympic medal. It's arguably the most action-packed format in the sport of triathlon, with some of the most dramatic finishes and fun-to-watch races dating back to its inception in 2009.

How does it work? It's a super-sprint triathlon that features a 300-meter swim, an 8-kilometer bike and a 2-kilometer run that is completed by teams comprised of four members, ordered female-male-female-male. Long story short, each member completes the course and tags the next member, with plenty of fast-paced action for spectators to enjoy.

Triathlon aside, there's plenty of new sports and events making their first appearance at the 2020 Tokyo Olympic Games.

After years of being snubbed, action sports will finally be included in 2020 (in an attempt for the Olympics to appeal to a younger audience). Skateboarding, surfing and sport climbing are now official Olympic sports. Men's baseball and women's softball make a return after missing the past two games, and karate will make its debut as well.

READ THIS NEXT: Inspiring Reasons to Watch the Olympic Games